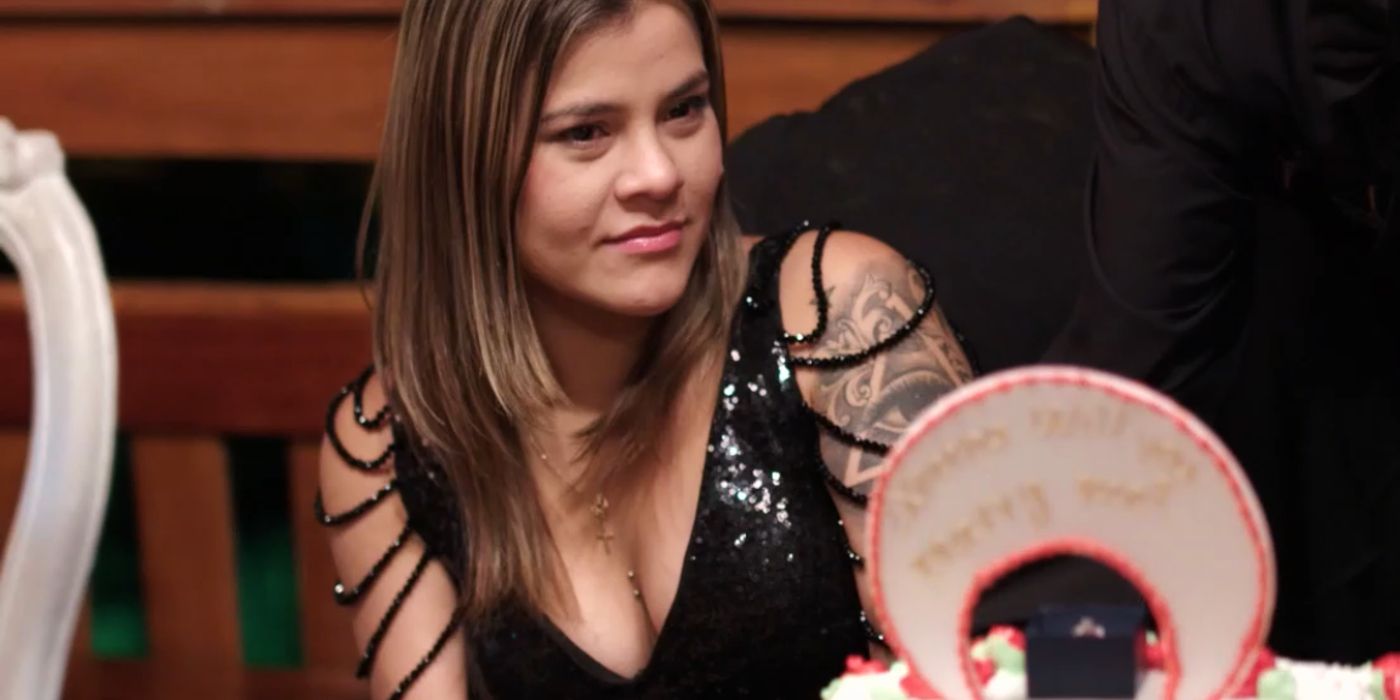 90 Day Fiancé: Before the 90 Days season 5 cast member Ximena Morales posts a racy new video, but it falls flat with fans of the franchise.

Colombian 90 Day Fiancé star Ximena Morales is being mocked for her bold video in a swimsuit she’s posted on TikTok. 24-year-old Ximena was working as an adult model when Mike Berk met her on a cam site. Mike ended up asking Ximena to be her girlfriend. But the condition was that Ximena would quit her job and the 34-year-old Mike would financially support her in return. Mike and Ximena didn’t reveal that they were in a transactional relationship on 90 Day Fiancé: Before the 90 Days. Instead, Mike made up a fake story about how he’d swiped Ximena on Tinder passport.

Ximena and Mike made a cute pair on screen, even though they struggled to understand each other without a translator. Ximena, a mother of two, had lied to Mike about how she would never be able to give him kids. Mike also didn’t know about Ximena’s ex who was a hitman. On the other hand, Ximena was unaware of Mike’s bad habits. He claimed it was ADHD making him messy but there were too many farts and burps that had already turned off Ximena by then. Ximena broke up with Mike even though he warned her that she’d be on the streets with her kids if it wasn’t for his money. Ximena told Mike that she would resume her adult modeling stint.

While it’s not known if Ximena has started using her webcam site again, she had launched an OnlyFans account. But a raunchy video on TikTok is the last thing that TLC viewers wanted to see. Instagram page @mommysaysbadwordstoo posted a video of Ximena dancing in a glittery black outfit with fishnet stockings. The suggestive video by Ximena had fans commenting that it was too risqué to be posted on TikTok where it can be viewed by users of all ages.

A few fans called out the 90 Day Fiancé franchise star for wanting to do adult modeling professionally but not having the skills for it. They felt that Ximena’s dance was not up to the mark. Some believed that Ximena looked too stiff. “If she’s going to do this, she at least needs to put the effort in,” read one of the comments. A few comments were focused on Ximena’s parenting. A video from Ximena’s birthday in March was also declared “disturbing” by some fans. In the video, Ximena was unwrapping adult toys in front of one of her kids.

While fans have advised her to brush up on her dance skills, Ximena’s life without Mike is thriving. Post 90 Day Fiancé, Ximena has shown off her new hair, new eyebrows, new bike, and a new man. There were rumors of Ximena having a new Canadian boyfriend who gave her a ring, but since then, Ximena has claimed that she’s single. Mike might also have a new girlfriend as per some speculations which means he and Ximena might never get back together again.

Next: 90 Day Fiancé: Everything Ximena Revealed During Her Latest IG Live

Previous articleStranger Things Season 4 Will Give Answers to Eleven’s Past, Says Star
Next articleThe 10 Best Elizabeth Olsen Movies, According To Letterboxd