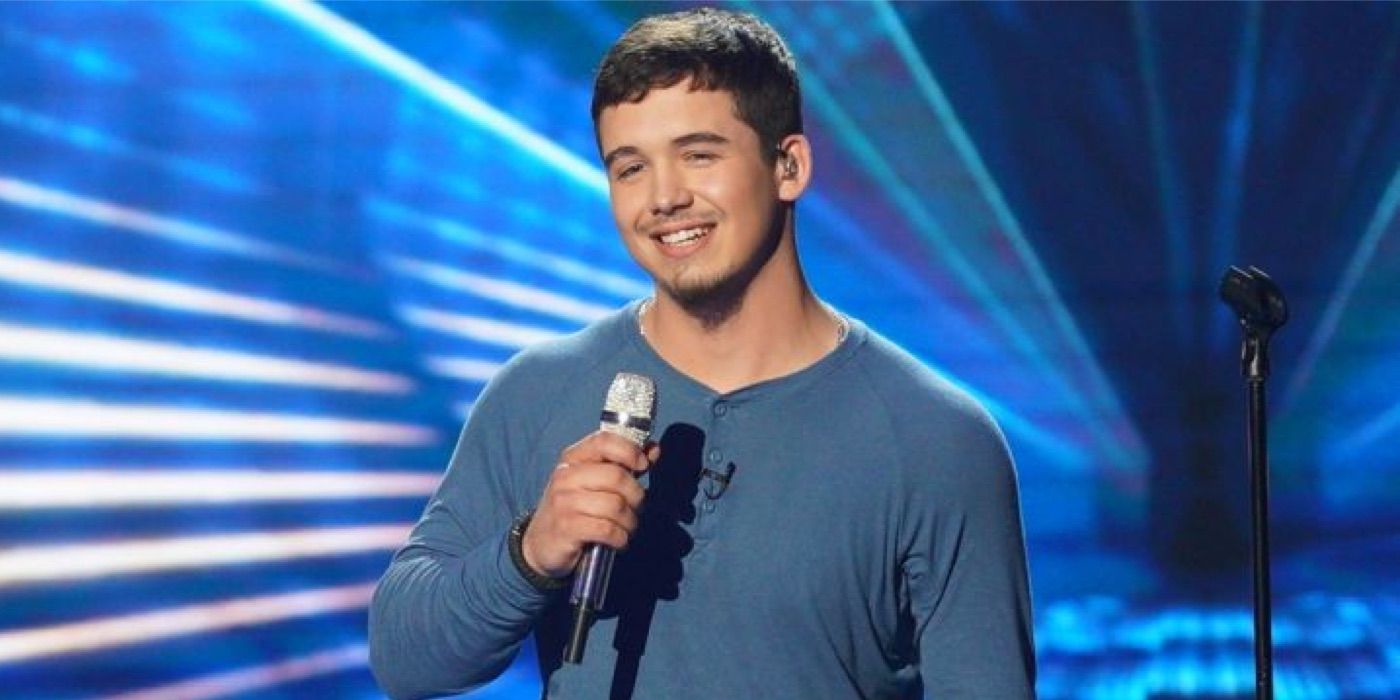 Country singer Noah Thompson, one of the American Idol season 20 Top 5 finalists, has revealed his dream duet partner. Noah is a 20-year-old construction worker from Louisa, Kentucky, who auditioned for the show after his friend Arthur recognized his raw talent and signed him up for it. He has won the hearts of his fans with his humble personality and relatable backstory of trying to be the best father he can be to his 1-year-old son, Walker.

Noah has stayed true to himself throughout the American Idol competition, bringing his distinct country style to every performance. During the American Idol Top 7 week, Noah was diagnosed with COVID-19 and had to quarantine. He delivered his two performances from his hotel room. He sang “Painted Blue” by Sundy Best for his TikTok song and, for his Mother’s Day song, he dedicated “Landslide” by Fleetwood Mac to his beloved grandmother who helped raise him and who is now helping him to raise his own son. Despite Noah’s visible illness, the judges, Lionel Richie, Katy Perry, and Luke Bryan praised the performances as two of his best yet. On May 13, Noah released his single, “One Day Tonight,” which is climbing to the top of the charts. For American Idol Top 5 week, Noah is headed to Las Vegas to be mentored by country music superstar and American Idol season 4 winner Carrie Underwood.

Related: American Idol: Why ‘Cover Me Up’ Was The Perfect Song For Noah Thompson

In an interview with Music Mayhem, Noah revealed that his dream duet partner is country music star Chris Stapleton. Noah was quick to name Chris because he is from the same area in Kentucky and added, “kind of a hometown boy. He’s not far from me and I feel like Chris is really more of my type of person, I guess you’d say.” Noah also shared that he likes Chris’ music, saying, “I just love his voice. I love his style. I love his songs. I just like everything about that dude.  I feel like he’s one of a kind.”

When it comes to writing and performing his own original music, Noah isn’t sure. Some of his fellow American Idol finalists such as HunterGirl and Fritz Hager have performed their original songs on the show, but Noah has no plans to do that anytime soon. He shared, “I don’t know, man. Maybe, eventually,” revealing that he has “some mixed opinions about my own music.” He admitted that he feels like he is still learning as he goes through the process of American Idol. Noah said, “So, I’m still writing music, but when I write music, it’s stuff I kind of hold in, and keep to myself for a while. And then I’ll think about it for so long, and then maybe I might finish it, or whatever… So, I don’t know. It’s a thought, something like that. I might do something like that.”

Noah has been a frontrunner to win American Idol season 20 because of his immense talent and his humble demeanor. He is the perfect example of why the show was created: to find the best undiscovered singers in the country and give them a chance to make it big. In the past, when finalists have mentioned their favorite artists, those singers have appeared on the finale to sing with them, so perhaps Chris will do the same for Noah. Noah has given so much to the competition, and he deserves to have his duet dream come true.

90 Day Fiancé: How Do Jovi & Yara Afford Their Lavish Lifestyle?

Previous articleThe plant-based food industry is facing a reset as Beyond Meat and Oatly shares suffer
Next articleIsrael’s policy: Kill the messenger, attack the mourners