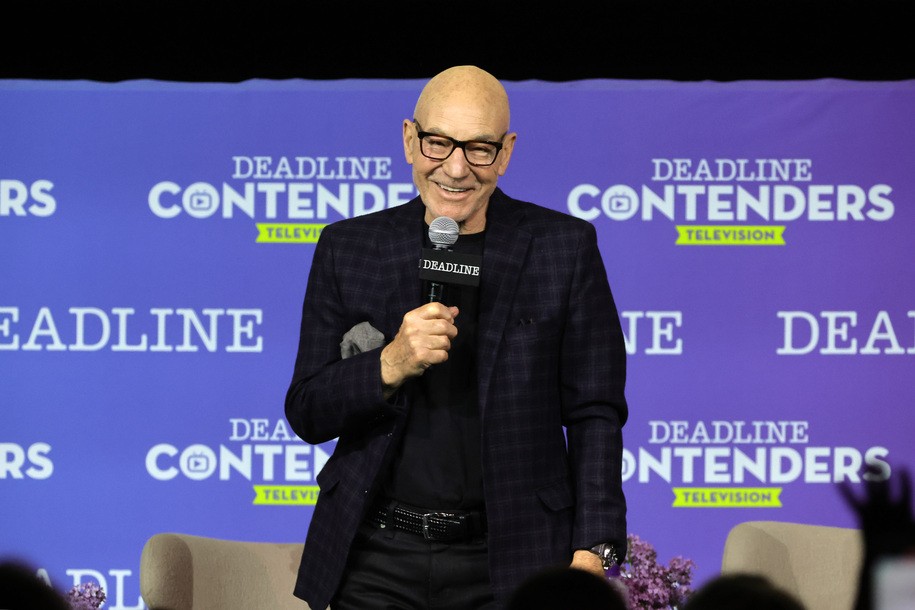 Whole comment section is like “we’re not being racist, we just decided the whole show was gonna suck because we saw a poster with a black person on it”.

Wow, this response is not in any way kidding. YouTube videos are attacking diversity left and right, offended that Black actors have roles in science fiction and fantasy when the roles were not specifically played by white actors or noted as being white in the book, novel, or previous filmed version.

The hatred at times is pretty intense:

Comic book fan community: You have to loudly denounce these racist trolls who make these attacks. They do not represent the fan community and the fan community cannot allow itself to get painted with this brush when it’s such a small number of hateful people doing this. Stand up. https://t.co/ZlRmgpZq8O

What I was reminded of reading through this was a moment I particularly enjoyed from maybe my favorite series of Star Trek, Deep Space Nine. In Far Beyond the Stars, episode 14 of season 6, Captain Sisko finds himself sucked into an “orb experience.”. Deep Space Nine challenged a lot of things within Star Trek; it had a Black captain and storylines that often dealt with oppression, enslavement, rebellion, and the fact that not everything is perfect. In “Far Beyond the Stars,” Sisko’s orb experience takes him back to a point in the 1950s where, working as a science fiction writer, he wants to write about Deep Space Nine, a place where a Black man is a captain of a space station and his crew is diverse and the aliens are not all evil. He wants to tell a story of adventure and struggle along with success. The response of the editors: No one will ever believe a Black man can have that authority in a science fiction magazine.

We are talking about an episode that is more than 20 years old! This wasn’t about “woke” ideology, it was about storytelling.

The original Star Trek and Next Generation took on issues that now these right-wingers who want to hijack my youth pretend were never part of telling a science fiction story.

In Star Trek: The Next Generation season 5, episode 17, “The Outcast,” the crew comes into contact with a culture where non-gender relationships are the normal and gender defined relationships are considered morally unwell, and those who are attracted to someone who is not their same gender are persecuted.

Science fiction, in all of its forms, has presented a vision of the future that is positive, compassionate, learning, and welcoming.

RIKER: I want you to know what really happened. It’s all my fault. I was attracted to Soren. I pursued. I insisted. I didn’t understand your ways until she explained them to me and rejected me. Nothing happened between us. I ask your forgiveness. I behaved inappropriately.
NOOR: Is this true?
SOREN: No.
RIKER: Soren.
SOREN: I am tired of lies. I am female. I was born that way. I have had those feelings, those longings, all of my life. It is not unnatural. I am not sick because I feel this way. I do not need to be helped. I do not need to be cured. What I need, and what all of those who are like me need, is your understanding and your compassion. We have not injured you in any way. And yet, we are scorned and attacked. And all because we are different. What we do is no different from what you do. We talk and laugh. We complain about work and we wonder about growing old. We talk about our families, and we worry about the future. And we cry with each other when things seem hopeless. All of the loving things that you do with each other, that is what we do. And for that we are called misfits and deviants and criminals. What right do you have to punish us? What right do you have to change us? What makes you think you can dictate how people love each other?
NOOR: I congratulate you, Soren. Your decision to admit your perversion makes it much more likely that we can help you.
RIKER: Wait, wait, wait. You don’t have to do this.

While Bush Sr. and even the Clinton administration fumbled around on gay rights and were nowhere on transgender rights, a syndicated science fiction show broadcast into the homes of millions took the issue on from a science fiction perspective and asked us what compassion looked like, putting an emotional punch into it, leaving you something to think about after the episode was over.

It’s no wonder that Star Trek started with people who wanted success and saw it as world-changing. Dr. Martin Luther King Jr. embraced the future it showed where cultures joined and, gasp, an interracial kiss could be tolerated for the first time on television.

It was of course not just Star Trek that broke boundaries. Frank Herbert wrote Dune using the terminology of Islam reflecting a future world and using the setting to talk about the damages of refusing to care for our environment. That was in 1977!

Alastair Reynold’s fantastic Blue Remembered Earth tells the story of a future where so much change has happened to the world that Africa becomes the center of political power in the globe, and humanity has extended beyond our solar system.

Michael Moorcock’s incredible Elric of Melniboné talks about how high-powered governments get corrupted and in the face of danger can stagnate, including environmental destruction.

The heart of all science fiction has been to understand each other, to venture into what could be, what is, and how things can be better or worse. My dad is far from being a progressive; hell, as far as it goes politically, we don’t agree on a lot. But we both love science fiction, despite his mixed reviews on the newest variants. As a kid, if I asked him he would have said without a hesitation that Star Trek 2, 4, and 6 were the best movies. What themes were in them? Environmentalism. Genetic engineering and privilege. Profiteering off of war.

I hate to break it to all of the fan boys who think they should be upset at the casting of shows: You have it all absolutely wrong. That isn’t to say I’m going to love the new Amazon series, or that I thought their Ringworld series was the best—it was okay in my opinion—but it is to say that the criticism over companies making science fiction woke? That this is so new it never happened before?

Before you come at my childhood saying that you can’t accept the changes, that you don’t want Black elves in Lord of the Rings or you object to a disabled actor playing a role, I have one final thought:

Repeat to yourself: It’s just a show, you should really relax.

Correction: the original version of this talked about The Next Generation’s “Outcast” in terms that are not fully accurate of the script; the language of being attracted to an opposite gender does not correctly apply in this case, and it has been corrected within the text. Thank you!