The 10 Best Elizabeth Olsen Movies, According To Letterboxd 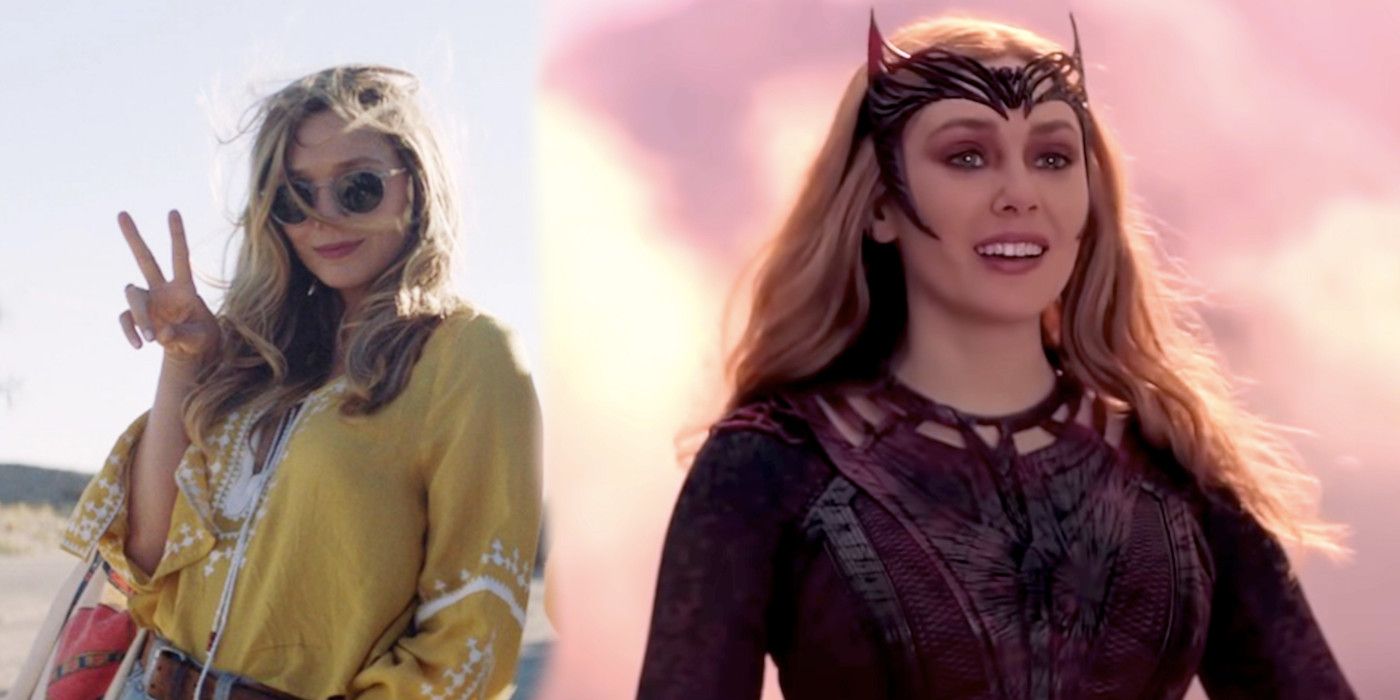 Elizabeth Olsen has been wowing critics and fans alike with her standout performance in Doctor Strange in the Multiverse of Madness. The 28th film in the Marvel Cinematic Universe is her 7th appearance in the franchise. Between the MCU and other films, she’s made quite the name for herself in the eyes of the general public.

The younger sister of the Olsen Twins has arguably surpassed them in popularity. Letterboxd users aren’t afraid to let their opinions be known when it comes to films of any type. According to Letterboxd, these are her best films.

Now a well-oiled team, the Avengers have to go up against a threat of their own making, Ultron. Avengers: Age of Ultron, introduced many new characters to the MCU, including Wanda and Pietro. Ultron recruits them to help him beat the Avengers, but his plans for world destruction become too great for them and they turn on him.

RELATED: Top 10 Villains With The Same Powers As The Heroes In The MCU

Even though they didn’t get a lot to do, this was considered a pretty solid debut for Elizabeth Olsen and Aaron Taylor Johnson. Unfortunately, Johnson doesn’t make it out of the film, but Olsen would become a staple in the franchise going forward. Sadly their inclusion in the film doesn’t help bring it close to the first film.

Kodachrome is a Netflix original about a photographer who’s dying so he wants to get his film developed before that happens. The catch is that he only took pictures on Kodachrome film and there’s only one place that develops it. His nurse asks his son to help them make the trip and he reluctantly agrees.

Even though the film isn’t the most complicated, it strikes an emotional resonance with any who watches it. Elizabeth Olsen is a delight to be sure and her chemistry with Jason Sudeikis is often mentioned as a highlight. The story of a father reconnecting with his estranged son has gotten many viewers choked up while watching.

Ingrid Goes West follows an obsessive girl named Ingrid who decides to move out to California to befriend Taylor. Ingrid orchestrates a plan to get close to Taylor and it works, she and Taylor begin to become best friends, until Taylor’s brother grows suspicious.

Aubrey Plaza and Elizabeth Olsen pair well together in this dark look at the tole obsession can have on people. One of the things some have pointed to is how this film handles mental health. Aubrey Plaza’s Ingrid is someone with a mental health disorder and yet, some have found it to be a positive look, even if the things she does make the audience uncomfortable. Ingrid Goes West is a favorite on Metacritic as well.

Based on a true murder, Kill Your Darlings stars Dane Dehaan and Daniel Radcliffe as soon-to-be-famous figures in 1944. Elizabeth Olson is also in this film as the future wife of Jack Kerouac, Edie Parker. The film follows Radcliffe’s Allen Ginsberg as he works through the university during WWII and the aforementioned murder.

Elizabeth Olsen has about two minutes of screen time in the movie, but more than a few Letterboxd reviews mention how memorable she is. Most of the praise for the film is lobbied at the two main leads, however, and how it successfully portrays the events before and after the murder of David Kammerer.

The 28th film in the Marvel Cinematic Universe follows Doctor Strange as he attempts to protect a young girl named America Chavez. America has the power to travel to any world in the multiverse and Wanda, now the Scarlet Witch wants that power. Now that Wanda has been corrupted by the Darkhold, she’s willing to do anything to get it.

While the film has proven to be more divisive than others, the performances have been considered a standout. Elizabeth Olsen’s turns as the villainous Scarlet Witch has enraptured viewers. The new character, America Chavez, one of the Young Avengers, creates a fun dynamic for both Benedict Cumberbatch and Olsen.

Elizabeth Olsen plays Martha in Martha Marcy May Marlene, a young girl who was trapped in a cult for many years. When she escapes, she asks her sister to help her. But even in safety, Martha can’t shake the memories and dread she experienced in the cult.

This was Elizabeth Olsen’s first film and it was a powerful one to debut on. Outside of Olsen’s performance, which most agree is incredible, the film tends to fall flat. While it’s a terrifying look at trauma and Olsen delivers a quiet and powerful performance, the movie doesn’t fare better in other regards.

After joining the Avengers, Captain America: Civil War picks up with Wanda in the field with the other Avengers. When Captain America is distracted, Crossbones detonates a bomb that Wanda tries to contain but ends up killing Wakandan delegates in the process. This leads to a conflict with Wanda at the heart of it.

Captain America: Civil War is a movie about Captain America and Iron Man at its heart. However, Wanda is blamed and punished for what happened. Letterboxd users don’t have much to say about Wanda but Olsen is reliably compelling as Wanda Maximoff.

Wind River follows an FBI agent named Jane Banner, who’s called to a remote town to find out who murdered a young girl on a Reservation. The girl was found by the local game hunter, Cory Lambert, and together try to solve the murder.

Wind River is another example of Olsen acting with an MCU actor but not in the MCU, this time Jeremy Renner. The film does fall into a “white savior” problem since this is a story about violence against native women being told through the lens of two white characters. That said, most who’ve seen the movie, really enjoyed it. The message is important and it’s well-acted.

After being defeated at the end of the last film, the Avengers unite once more in Avengers: Endgame. This time, they travel back in time to steal the Infinity Stones so they can bring everyone they lost back, including Wanda. Every hero from across the MCU teams up to fight back against Thanos’ army. Wanda even gets close to beating him.

Elisabeth Olsen spends much of this movie as dust. But when she returns, she gets some standout moments during the final battle, which allows her full strength to be showcased. Avengers: Endgame has a lot to love in it and many felt like it was a great capper to The Infinity Saga.

Avengers: Infinity War finds Wanda with Vision, trying to spend some normal time together. When Thanos’ forces incapacitate Vision, they’re saved by Captain America and his rogue Avengers. They hatch a plan to remove the Infinity Stone from Vision’s head, but it’s too late and Wanda has to kill him before Thanos can complete his mission.

Letterboxd considers Avengers: Infinity War to be one of the best in the MCU. It helps that Olsen gets a decent character arc to work with as well. The stakes are high, the action is well crafted and the performances are some of the best.

NEXT: 10 Cameos Reddit Wished Were In Doctor Strange In The Multiverse Of Madness

Freelance writer. Nerd and co-host of the Fake Nerd Podcast family of Podcasts. Has written for places like Kaiju Ramen and Atomic Geekdom.