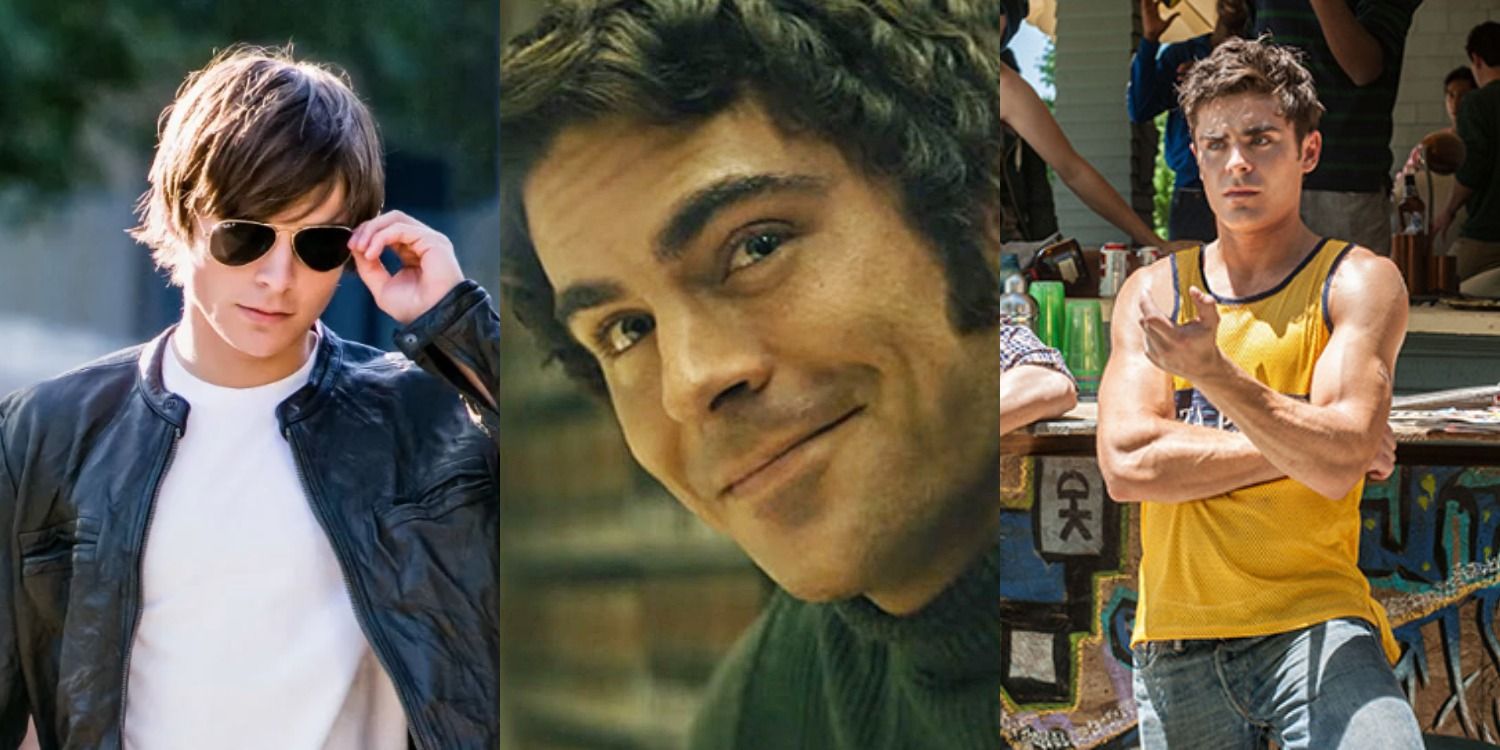 Zac Efron has been one of the biggest teen movie stars of the past few years, with his recent career taking an unexpected turn towards more mature, off-the-radar movies that really showcase his talent. To celebrate his career, Ranker has put together a list of his best movies to date, as voted for by fans.

Efron has been part of several huge movies over the years, whether that’s studio comedies or beloved teen musicals – or more recently, crime dramas and horror thrillers. He’s got a huge range, and his career is one that’s best pretty interesting to track over the past few years.

The Lucky One is one of Zac Efron’s most beloved romance movies, telling the story of a lonely marine who returns home from the war to track down his lost love. He stars opposite Taylor Schilling in this touching story based on Nicholas Sparks’ romance novel of the same name.

There are plenty of adaptations of Nicholas Sparks’ works with memorable quotes and charismatic couples, and The Lucky One is no different. Efron and Schilling play off each other in a really engaging way, and their relationship is one that audiences will easily buy into.

Zac Efron plays the titular protagonist in Burr Steers’ Charlie St. Cloud, a charming romance/fantasy film about a young man who works in a cemetery and has a supernatural connection to his late brother Sam. But when Amanda Crew’s character Tess comes into his life, Charlie is forced to choose between his new love and his lost sibling.

Alongside its compelling romance, Charlie St. Cloud also presents plenty of rich and philosophical ideas about death and the afterlife that elevate its script beyond a lot of others in the genre. Efron delivers a great performance, putting forward all the skills that make him such a compelling protagonist.

Although High School Musical 2 is one of those movies that’s become embarrassing to admit you like, there are still plenty of fans that defend this teen musical and its sequels. Zac Efron returns in his famous role as Troy Bolton, bringing the same fun energy that made the original so beloved.

Most fans agree that the second installment is the weakest in the original trilogy, but there are still plenty of moments that audiences can connect to and enjoy. With most of the original cast returning and a new slate of fresh songs, this sequel does pretty much everything right.

The High School Musical franchise is full of interesting characters that plenty of fans have grown to love over the years, and Senior Year knows exactly how to make these individuals fresh and interesting again. It’s full of fun music and set pieces that fans are sure to love, alongside plenty of exciting and emotional moments.

Troy Bolton is the role that Zac Efron has become the most synonymous with over the years, and it’s not really a surprise. He brings a lot of energy to the role, making it honestly difficult to imagine anybody else as the character.

Zac Efron’s disturbing turn as serial killer Ted Bundy was a defining moment in the actor’s career, surprising audiences with his genuinely chilling take on the real-life psychopath. Although the film wasn’t met with widespread acclaim, Efron’s performance is one that was talked about for a long time.

Efron probably wouldn’t be the actor that first comes to mind when you think of Ted Bundy, but he completely embodies the killer with surprising and haunting accuracy. Bundy’s story has been told plenty of times over the year, but this might be the most engaging and shocking attempt yet.

High School Musical has pretty much become the gold standard for teen musicals, with many films attempting to replicate its unique style but very few actually succeeding. Alongside the catchy music and fun performances, the film does a good job of establishing a gripping story that genuinely pulls you in and gets you invested.

The entire High School Musical also does a great job of embodying the distinct style of filmmaking that characterized the late 2000s, acting almost like a time capsule of a very specific era that’s so much fun to revisit. It’s for this reason that so many people hold this film in such high regard, thanks to the charm and nostalgia that they hold for it.

Baywatch was one of Zac Efron’s first returns to mainstream movie-making after his career-defining role in HSM, and the distinction is like night and day. Baywatch is a complete blast from start to finish, never taking itself too seriously and always having fun with its wild story.

Efron stars alongside Dwayne Johnson and Alexandra Daddario in Baywatch, and the trio have excellent chemistry together on-screen. They bring every scene to life, elevating the film way beyond its admittedly simplistic screenplay and direction. Many consider the film to be one of Dwayne Johnson’s best, and his charismatic performance in the lead role makes that pretty difficult to dispute.

As far as rom-coms go, you’d be hard-pressed to find one that has quite as much fun with its own story as 17 Again. The story follows Mike O’Donnell, a man who wishes that he could return to his teenage years and inexplicably wakes up to find that his dream has come true.

Although 17 Again might not be the most highbrow, thought-provoking film out there, its hilarious premise allows for so many funny moments and outlandish performances that truly make it stand out among the crowd. It’s a great movie to just switch on and let your mind switch off for a couple of hours, which is honestly a huge compliment.

Zac Efron stars alongside Seth Rogen and Rose Byrne in the hilarious Neighbors, which tells the story of a suburban couple whose lives are turned upside down when a college fraternity moves in next door. The film has some instantly-iconic moments and quotes that easily go down as some of the funniest in both Rogen and Efron’s filmographies.

Neighbors was also lucky enough to be granted a sequel, Sorority Rising, which many view as one of the best Seth Rogen & Evan Goldberg collaborations to date. The pair have worked together on plenty of films, but their input into this series is some of their best work.

Zac Efron stars alongside Hugh Jackman and Zendaya in The Greatest Showman, which quickly became one of the most popular movie musicals of the entire 2010s, seemingly taking over a whole corner of pop culture with its catchy music and compelling story.

There are few films that became as widely beloved as The Greatest Showman, which tells the charming story of P.T. Barnum and his journey of rising to the top of his game as America’s first circus showman. Jackman provides an incredibly fun performance in the lead role, injecting the film with a thrilling burst of energy that makes it extremely likable.

NEXT: 10 Movie Musicals With The Best Costume Designs

At Screenrant, Jack is a Lists Writer with a focus on the newest trends in film and television. Elsewhere, you can find his thoughts on the latest movies at his various outlets: linktr.ee/jwalters204

Previous articleFast 10 Filming Update Given By Vin Diesel in BTS Video With Ramsey Actor
Next articleMCU: The 10 Best Female Characters From Phase 4